The man, the myth, the legend: Thomas Crapper

Contrary to popular belief and the irony of his last name, Thomas Crapper did not invent the flushable toilet.

The man, the myth, the legend: Thomas Crapper.

Contrary to popular belief and the irony of his last name, Thomas Crapper did not invent the flushable toilet.

He did, however, invent some pretty significant milestones in the field of plumbing and sanitation.

You’re probably thinking to yourself, who in the world is Thomas Crapper?!

Funny you should ask because I’m here to enlighten you.

Thomas Crapper was an English plumber. He was so great at plumbing that he plumbed for British royalty back in Queen Elizabeth I’s time.

He invented a crapload of toilet inventions. Do you know that little floating thing inside some toilets that prevents the tank from overflowing? It’s called a ballcock (don’t laugh), and Crapper invented it! He also held nine other patents for his inventions, including designs for water closets (don’t ask me what those are), manhole covers, piping joints, and drainage improvements.

Crapper even opened the first public toilet showroom, making the act of going to the bathroom and needing to empty your bladder less taboo for his time period.

If you ever find yourself strolling around London, you may come across manhole covers with his name on them or a plaque commemorating Crapper and his achievements. This plaque is perched outside of his former house in the London Borough of Bromley.

Did you know (you probably didn’t because I just found this out) that Thomas Crapper was also so influential to the public, he has a day in memory of him?

What do I have to do to get a day in my honor?!

Anyway, I wonder when Crapper’s day is…

Well… crap. There are 182 days left until we can celebrate Thomas Crapper day…

While we wait, let’s celebrate sanitation and all that Crapper did to evolve the field of plumbing. Thus, leading the way to the modernized bathroom fixtures we find in our homes today, like the ballcock (I said no laughing).

I got my “Crapper” facts from this article: http://mentalfloss.com/article/570387/thomas-crapper-facts. Thank you, Mental Floss! 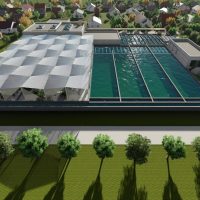